THE EVOLUTION OF SPORTS MARKETING

I’m a fan of the sport of road cycling and have spent more of my leisure time in the last year or so paying particular attention to women’s professional road cycling.

It’s a fascinating sport, involving a great deal of tactical ability as well as peak physical performance in order to achieve success. However it is also a sport that is currently struggling with growth and funding in the modern era.

There are so many different factors at play that it’s hard to know where to begin in attempting to describe the challenges that face this particular sport. Yet we all know that challenges also present opportunity, and this is certainly true for women’s cycling and professional women cyclists.

One of the areas that I’ve been most interested in is the intersection of sports teams and marketing.

Amber Pierce is a professional US rider who has advanced degrees in marine science and is a former swimmer. She is currently riding for an Italian team in Europe while living in Austria.

Amber’s one rider who is actively embracing the opportunities that emergent media, especially social, provide to engage with her fans and provide meaningful value to her sponsors and team.

In November of 2012 Amber wrote a blog post looking at the state of professional women’s cycling, and advocating for sponsor-focused action from teams and riders in order to better demonstrate ROI and to build lasting, mutually beneficial relationships.

The response to this article was significant. Fans, other riders and even team managers from around the sport took notice. A couple of weeks later Amber took things a step further in response to so many fans asking what they could do to help.

Not satisfied with simply promoting her own sponsors and team, Amber decided to try to create an ongoing event that would allow riders, teams and fans of the sport to exercise their influence, share quality information with one another and demonstrate real return to sponsors and partners.

She called the event Click Through Thursday. The idea is simple and wonderfully conceived. Each Thursday fans of the sport are invited to share any links to stories, blogs, videos, social media or information about riders, teams and sponsors that they have found during the week. Each post is tagged with the #ClickThruThurs hashtag so that it can be easily found when searching and to provide a simple method of measurement.

The goal is to not raise one over the other, but to help facilitate the discovery of quality information and outlets, while also inviting fans to connect with the sponsors who are supporting the sport they are passionate about. This “rising tide lifts all boats” mentality is essential to Pierce’s goal of demonstrating ways to the sport in which it can attain stable relationships and long-term partnerships.

While the campaign has only been running for a couple of months now, it is already proving highly effective with high participation rates from all levels of the sport. Growth in participation rates has been phenomenal, particularly considering that the core of the racing season is only just about to start.

The really genius part of this idea though, is that Amber is helping to serve up a ready-made and highly-engaged audience to smart marketers who are willing to engage on a responsible and authentic basis.

Some marketers have long recognised the value to be garnered in these markets, but are now leveraging better technologies to yield new results. Another pro rider, Kathryn Bertine, has similarly been making use of modern technology to help her sport. She blogs regularly for ESPN and is currently producing a partly crowd-funded documentary on professional women’s cycling.

Bertine recently shared a great interview with Colavita marketing VP John Profaci detailing his perspective on the relationships that his brand has built and the return they’ve seen from their sponsorship. It’s clear to me that something is changing in the sports world, and this is a fascinating change to witness.

I’ve previously argued elsewhere that it’s beneficial for cycling teams to understand themselves better as marketing agencies. At the time I argued that rather than asking a sponsor for money (which is a difficult proposition at best) instead:

“It’s a much easier sell to go to a potential client and help them solve a problem than it is to ask them to solve your problem.

I can’t state that strongly enough. Businesses are in it for the profit. They have obligations to their owners/shareholders to act responsibly and deliver value in every decision they make. On a basic level they may understand that sponsoring a team helps them, but if a marketing agency specialising in unique sports-based branding opportunities were to turn up and provide detail on how they will achieve success for their potential client/partner…

Well, let’s just say I believe that agency would be getting a lot more attention.”

In addition to this argument I would further suggest that cycling teams naturally inhabit the space that already exists between brands and potential customers. This is the natural habitat of marketing agencies and so while the day-to-day operation of a cycling team is highly specialised and very specific, the broader opportunity it offers to sponsors is to facilitate a connection between their brand/s and a dedicated, and highly engaged, base of ready consumers.

At the end of the day, sponsorship of a cycling team is a commercial relationship, even though it’s often undertaken in no small part due to personal passion on behalf of the sponsor or a key decision-maker in the sponsor organisation. So it’s important for teams to understand that sponsors need to find value in their commercial relationships. Teams are starting to understand the need to provide tangible return on investment and that’s a really positive change. However, it still has a long way to go.

At the same time marketers also have the responsibility to build brands and contribute to much less tangible outcomes, so the traditional notion of sponsorship is not at all dead or worthless. To the contrary, for the savvy marketer, a good sponsorship opportunity will allow them to reach an audience that is important to them but that has previously been difficult to engage. In essence, this means that the commercial arrangement between sponsor and teams is a transaction in customer attention. The commercial good that the team can trade on is the attention of their fans, and the willingness of fans to support businesses and brands that support the sport they enjoy.

This can mean more than just buying the products sponsors sell (although that of course helps), but also means actively demonstrating their involvement with the sport, the teams, the riders and the sponsors. This is where an idea like Amber’s #ClickThruThursday has great potential to yield results.

In marketing, and especially in online or digital marketing, everything is counted. Every page view, every hit on the site, every share, every like, every re-tweet. All of these are used to indicate engagement with an audience. And the key thing is that it’s already happening.

Fans interact with their favourite riders on twitter, read their blogs, watch their videos. So the next logical step for teams is to help relate this interaction to sponsors.

Smart teams will find ways to do this more efficiently and effectively into the future. Smart sponsors are already working with teams to achieve this. Really smart sponsors understand that when it comes to interacting with the key financial decision makers, you need to be reaching outside of the traditional “male” audiences. A point that is made all to clear by this article on the importance of women in marketing.

Colavita are an excellent example of a sponsor who is operating ahead of this curve, and finding great success in doing so. John Profaci told Kathryn Bertine as much, saying:

” I would say traditionally, the most effective way for a company to promote its brand in any sport has been to enter it on the men’s side, simply because the media focus and attention remains skewed to the men’s teams. However, because data shows that women outnumber men when it comes to household-product purchasing decisions, this creates somewhat of a dilemma for brand marketers. Unlike other corporations who sponsor only men’s teams, Colavita sponsored both men’s and women’s team programs simultaneously. I’ve said this many times over the years: The reason we can support the pro men program is because of the value we receive supporting the women’s team.”

Marketers are already actively looking for ways to engage with non-traditional audiences and to relate to them through shared enthusiasms and experiences.

I work for a company that wholesales and retails tyres. All the way up to mining tyres and all the way down to tyres for your boat trailer. We know that over 60% of our retail product research is done by women, and we also know that our industry obsessively markets through traditional automotive sports (i.e. car racing).

We see a huge competitive advantage in deliberately reaching outside of that traditional field and finding new ways to engage with potential customers. The value in a sponsorship for a sponsor is in engaging with that type of community.

I was very pleased to note John Profaci sharing a similar idea in his interview with Kathryn, as he commented on what he’d learned from NASCAR:

” Although I decided it wasn’t a good fit for us, I learned that a sports sponsorship value is not necessarily about the visibility of the logo on the car — unless you are the title or a major visible sponsor — but the “license” to boast the sponsorship in your company’s marketing, PR, event planning and advertising to enchant the millions of fans of the sport. The fans of the sport embrace the brands who keep the sport alive.”

Of course, in marketing these days words like “engagement” and “relationship” are thrown around regularly enough that it’s easy for people to sometimes forget what they mean. These are not simple transactional terms. They are complex and represent the interaction of many (sometimes competing) ideas, goals, needs, desires and possible outcomes. It’s essential that fans, teams, riders AND sponsors understand this.

Sponsors aren’t just some giant cloud of money in the sky that allow sports teams to exist. But neither are they exempt from a responsibility to understand and engage with the fan-base of the sport that they’ve sponsored.

And that is why (again) I say that cycling teams in this respect have a very similar role to play as that of a marketing agency. In helping to quantify and understand their fans, they are able to identify sponsors who can in turn offer real value, benefit and opportunity to those fans. In turn the sponsor is justified in their investment, and is more inclined to grow their investment in the community that they have come to understand, appreciate and be a part of. 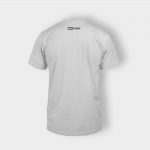 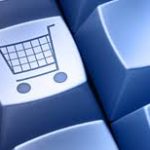