The commentary has been rife; the lead up conversation was hyped but the magnified discourse at the moment of failure and the following days has been opinionated at opposite end of the paradigm, most scathing.

The twittersphere was as entertaining as any popular comedy show, kicking off as soon as the servers buckled under the weight of 5% of Australia’s population trying to bustle through the cyber doors at once.  The spontaneous wit from the discerning public was a barrel of LMFAO.

The Click Frenzy and participating retail servers should not have failed, but dubbing the event as a ‘sale that fails nation’ is overkill.

The negative publicity has been favorable to Click Frenzy and participating retailers. The exercise received thrice as much publicity during the event due to the challenges; the result was more than expected traffic. Any retailers that complained or are seeking damages either had technical problems of their own, their discounting deal wasn’t lucrative enough or their digital purchase funnel has not been optimised for eCommerce.

90% of browsers that couldn’t gain entry would have returned in the remaining hours and many people that didn’t have an interest wanted to see what the fuss was about, fuelling activity. Elevated traffic means an increased opportunity to turn clicks into sales.  The false start and reduced window of uptime would have made zero difference for excitement, traffic and sales for the period.

More retail partners will be involved next year, many more, the outcome of this will be reduced scarcity of products which will result in further discounts and depreciated pricing.  There will be a longer build up period, more hype and more success. Everyone will be a winner.

The innovators behind Click Frenzy will make more dough and continue to have the most up to date database in the country, good on them, I wish I had come up with the idea.

Click Frenzy 2012 was a success that will only prosper for all stakeholders in the digital years that follow. 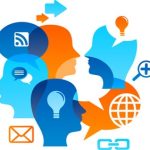 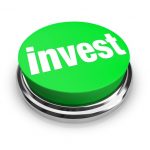