The Internet but not as we know it, ‘we ain’t seen noth’n yet!’

So what is the Internet? My answer is probably very close to your answer and the majority of the several billion people connected to it.

“My” Internet is a computer network that links smaller computer networks, worldwide. A combination of commercial, educational, governmental and private networks, all using the same communications protocols. A more technical answer will state that the Internet protocol is TCP/IP and the broad array of connections are electronic, wireless and optical networking technologies that communicate information resources and services, such as the inter-linked hypertext documents of the World Wide Web (WWW).

You and I instantly think of web browsers, search engines, email, websites, games, we think of the disruption of print such as newspapers and books reshaping into web content, blogging and web feeds. Whether we are innovators, early adopters, early majority, late majority or laggards, most of us enjoy new forms of human interactions through instant messaging, forums, social networking, banking, researching and buying online. It’s pretty cool and the progression, particularly through connected smartphones, is staggering.

Within this decade, it won’t be computers and electronic devices connected to the internet but things, many things.

So the primary definition of things, in the context of this post, is “material objects without life or consciousness, inanimate objects”. That’s about to change.

The concept of the ‘Internet of Things’ has been around for over a decade and its been talked about progressively year on year, that’s because we are on the doorstep of the practical application. Let’s put aside the technology that enables the how and why, and just discuss, the what. The future happens one day at a time, so technology is easy to digest as we become conditioned to accelerated progression. But if you were to fall asleep and wake up in 2020+, there will be billions of ‘things’ connected to the internet, equipping all objects in the world with minuscule identifying technology, transforming our daily life.

The quiet revolution of the internet of things has been happening for years now. In Australia, farmers were some of the first adopters of new technologies that allowed them to install remote cameras to monitor stock movements, take remote weight measurements, monitor water and feed levels, and to alert them to equipment breakdowns on remote parts of their properties. Other connectivity technologies like GPS have been an important part of farming for many years, improving sowing, harvesting and maintenance control.

In the mining and transport industries, tyres are a significant investment, not just in terms of the initial purchase, but also in keeping rolling businesses operating. Down time is a loss of income. These days it’s common for tyres for these sorts of applications to come with in-built sensors allowing active monitoring of pressure, temperature and other factors which effect performance. These sensors not only alert operators of problems before a failure, but also allow for improvements to be made in the overall life of individual products, deriving maximum value from individual components and improving operational efficiency.

On the home front, the idea of home automation (or a ‘smart house’) has been around for several years now. A smart house is broadly defined as a home that can run multiple processes from a central hub, usually including heating, lighting and locking systems. Recent innovations in this market have focused on specific solutions, like Nest – the ‘learning thermostat’ which includes the ability to be managed remotely from your smartphone.

In personal technologies, we’re seeing the advent of increased connectivity via smartphones and products like Glass, but there are also an increasing number of connected body parts and associated data. Consider the possibilities for this documentary maker who lost an eye and replaced it with a camera. Recently, a new type of artificial heart was approved for human trials, and there are already a host of options available for micro body sensors.

This isn’t the future, this is the immediate past, and the present. All of these technologies exist and are currently in use, what’s changing is that they’re methodically being connected to one another forming new relationships between data sets and allowing new leaps in our understanding of the world we experience and interact with.

What’s really interesting about the idea of the ‘internet of things’ is that soon people, places and information will be connected, in real-time, through every-’thing’. The internet of everything.

Crops on farms, veggies in gardens and plants in-doors will tweet when they are thirsty. Vehicles will talk to roads, traffic lights, other cars and their respective drivers, optimizing traffic and safety. While cars are now parking themselves, they will take you to available parking spots too. We will watch events through the ‘eyes’ and other wearable technologies of friends or people we don’t even know, directing our own event experience from any location.

While we are already sharing statistics about our sport activity and workouts, this has progressed into inserted sensors that share not only vital signs, such as body temperature, heart rate, blood pressure and respiratory rate but may also include other measurements such as movement, urinary continence, emotional distress, spirometry, glucose, functional status, blood flow and even brain activity.

In years’ time, not decades, we will know when ‘things’ need replacing, repairing or recalling, need to be re-supplied or re-freshed and these ‘things’ will be connected to smart logistics processes, which will simply make it happen. Just as pay-as-you-go car insurance is already dictated by how you drive your car. What you eat, when and how you exercise will be connected to your health insurance. Standing in front of a house that is for sale will provide you with an instant SMS, detailing your pre-approved credit. Not just patient health records but equipment, surgical devices, spare rooms, nurses and doctors will be connected to real-time resource management in hospitals. Fake ice cubes will tell the bartender when your drink is finished and your clothes will tell you that your yoga posture is incorrect. While it may sound unfathomable, everything will be connected from jumbo jet engines to sewing needles.

Personal privacy debates are bound to intensify as this progresses, and personal security will become significantly more important as digital access to your life becomes about much more than just your Facebook password. Imagine a world in which a hacker could gain access to, and control of, your internet-connected heart? And while this will be healthy and important debate, it won’t stop the connection of things, because there is too much efficiency to be gained at every step of the way for organisations to ignore or dismiss the advantages.

All the technology exists; it’s without a doubt happening now. So what are the challenges with the revolution of the Internet as we know it, or should I say, knew it?? Who will exploit the opportunities and like all major disruption, who and what will become casualties of the Internet of everything? 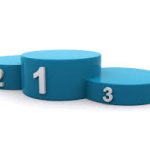 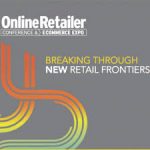