I have been inspired by 22michaels’s, a running commentary by the cofounders who were attempting to create a specific business that people wanted to talk about, Shoes of Prey. The blog is a “diary of the Shoes of Prey’s adventures, successes, failures and everything they learned as they attempted to start a business or two.” Shoes of Prey have been a phenomenal success from what I have observed.

I’m currently a cofounder of three startup enterprises; I have decided to commentate on the one that demands most of my attention, TGC. Charles, the founding catalyst and I are also trying to create an experience that people want to talk about. I have little doubt that I can influence this startup to be a successful operation, but we don’t want a successful operation, we want an international success that creates a buzz in the ‘gift occasion’ market. We want to create the most successful gift giving platform ever produced, and more.

For great success, things going right have to outweigh things going wrong, but that doesn’t mean I am afraid of failure, quite the opposite, if I could quote Sam Beckett, “Ever tried. Ever failed. No matter. Try Again. Fail again. Fail better.” This awesome quote is inline with a saying that has been thrown around of recent times, “fail faster.” “Fail fast” has become standard entrepreneurial advice. Startups and small businesses are told they shouldn’t worry about messing up, because it’s better to quickly realise that something’s not working and move on. There are some commentators that believe this has negative connotations, I disagree. Life is full of failures and business attracts its fair share, you need to hit failure head-on and hastily become better for it.

Will TGC be a success or a failure? Stay tuned. 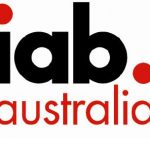 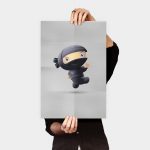